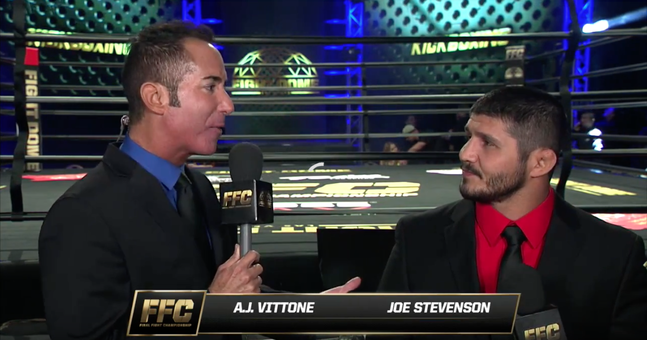 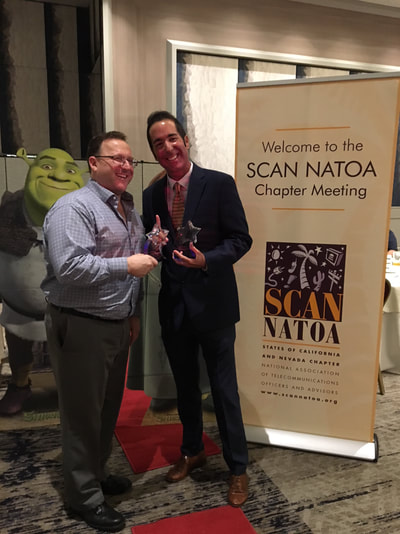 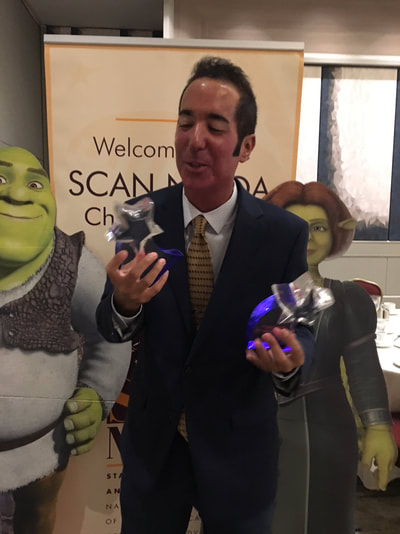 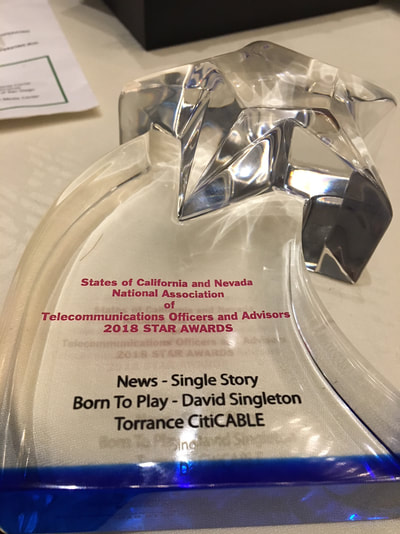 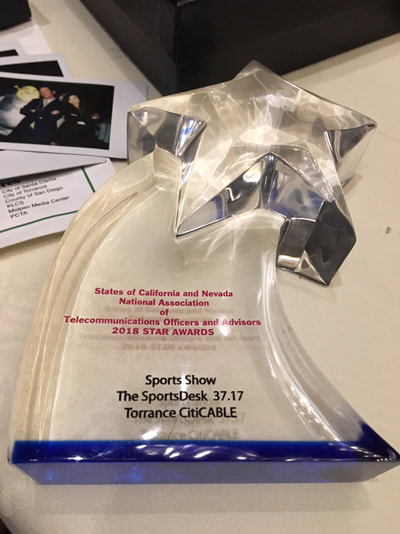 AJ won two 1st Place awards, in both of the categories he was nominated in, at the 2018 SCAN NATOA STAR Awards Ceremony & Luncheon held at the Universal Hilton, Universal Studios Hollywood.

And, AJ also won for "Best Sports Show" for his weekly sports news program, "The Sports Desk" which airs in Los Angeles, CA on Torrance CitiCABLE (Channel 3) and online. The program features the very best in local high school and college sports coverage! 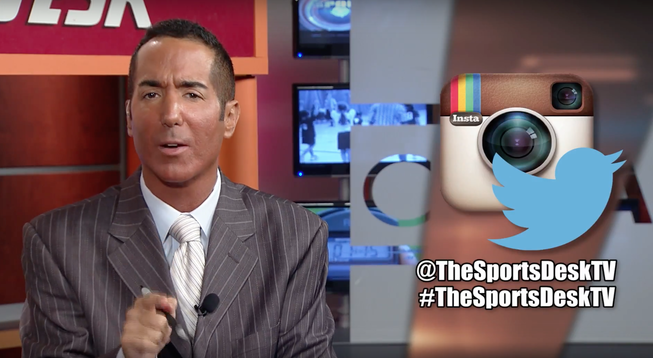 AJ is the Host of "The SportsDesk", which airs in the Los Angeles, CA market on CitiCABLE 3 Torrance.

"The SportsDesk" is a weekly news and information program that covers the local sports scene in Torrance, CA.  AJ serves as the Host/Anchor of the program as well as in the capacity of producer and reporter. 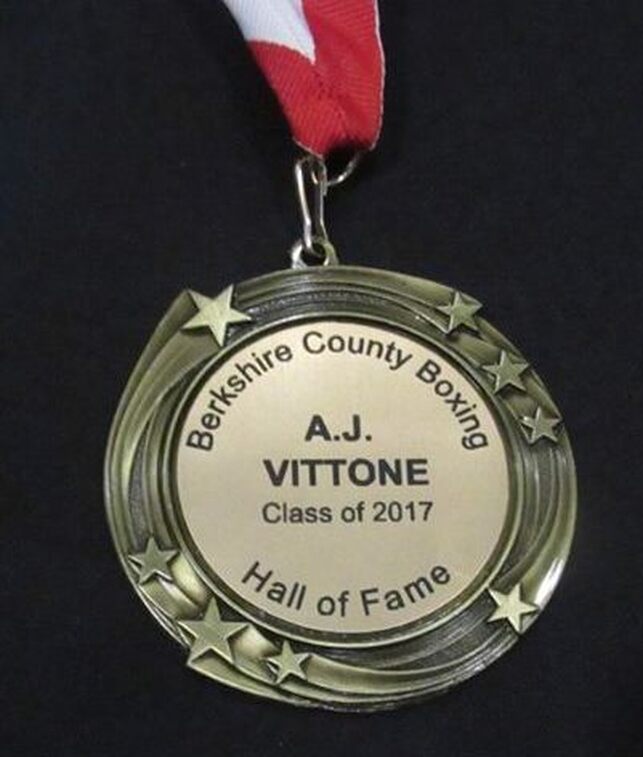 AJ was inducted into the Berkshire County Boxing Hall of Fame.  The Hall of Fame, which is located in Lenox, MA, enshrined a total of sixteen members into its inaugural Class of 2017.

Vittone was inducted as both a member of the boxing media, and as a boxing trainer.  The Hall of Fame recognized AJ for all of his accomplishments covering the sport of boxing during his storied career as a Television Sports Anchor and Reporter, Commentator, and Print Journalist.

In addition, the Hall of Fame recognized AJ's accomplishments as a boxing trainer/manager to several fighters competing on the celebrity boxing tour and in the world of amateur boxing.

The banquet and ceremony took place at Mazcots Sports Bar and Grill in Lenox, MA.  For more information on the Berkshire County Boxing Hall of Fame, please log on to www.berkshireboxinghall.com 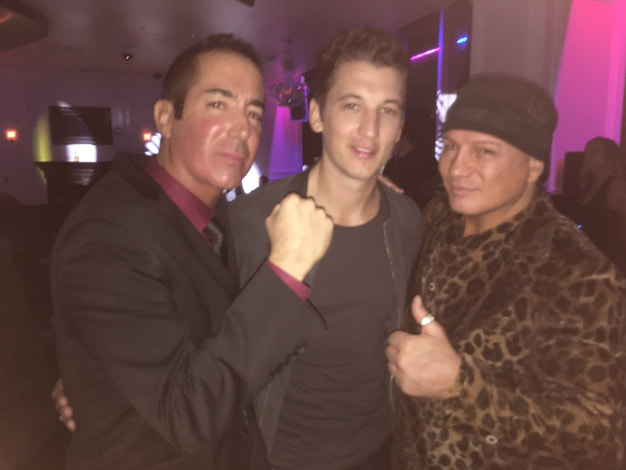 AJ walked the Red Carpet for the Las Vegas Premiere of the motion picture, "Bleed For This", starring Miles Teller, Aaron Eckhart and Katey Sagal.  The movie premiere took place at Brenden Theatre inside the Palms Resort Casino in Las Vegas, NV.

"Bleed For This" is based on the true life story of 5-Time World Champion Boxer, Vinny "The Pazmanian Devil" Paz (formerly Vinny Pazienza.)

AJ originally met Paz in 2002 while he was a Television Sports Anchor and Reporter in Paz's native Providence, RI, and the two have remained good friends ever since.

"Bleed For This" is written and directed by Ben Younger and produced by Bruce Cohen and the legendary Martin Scorsese.  The film chronicles what is arguably the greatest comeback in sports history! 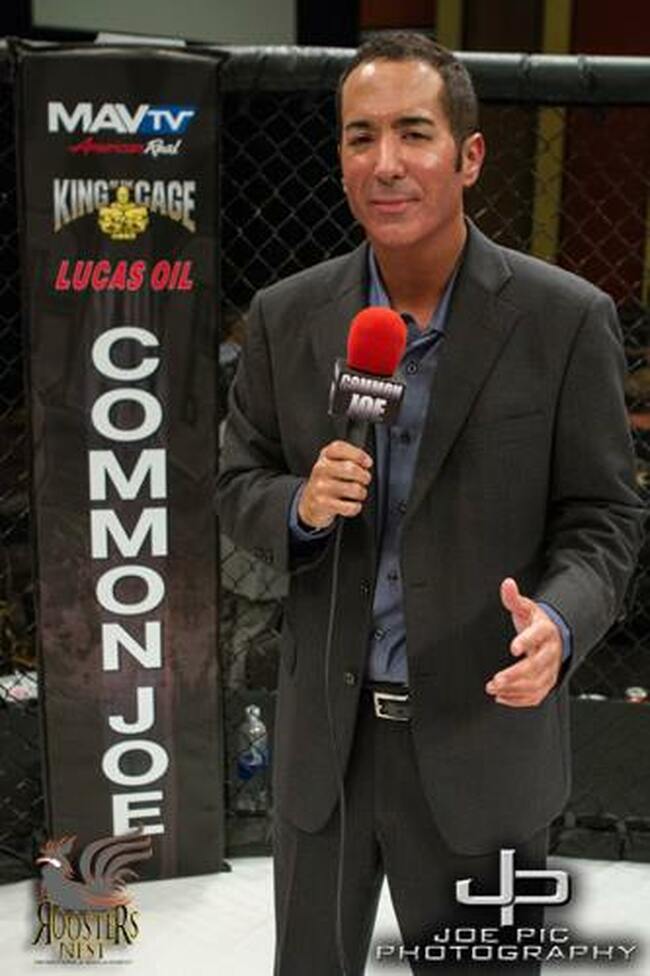 "Common Joe" will air Nationally on MAV TV, which reaches more than 60 Million households, and is available through several different television providers.

The Reailty Series features a tournament style MMA competition that will award victorious amateur MMA fighters with a Professional MMA contract from "King Of The Cage" Promotions.

"Common Joe" is produced by The Hollywood Channel, Inc. and "King Of The Cage" promotions.  AJ also serves as a co-producer and reporter for the television program.

AJ, playing the role of himself, is one of the Sports Reporters asking Richard Sherman questions during a post game interview scenario.

The commercial is a part of the popular "Hear What You Want" campaign, which features Superstar Pro Athletes wearing "Beats by Dr. Dre" headphones in an effort to block out unwanted fan reaction, crowd noise, etc.

Other athletes who have appeared in the series include, LeBron James, Colin Kaepernick and Kevin Garnett. 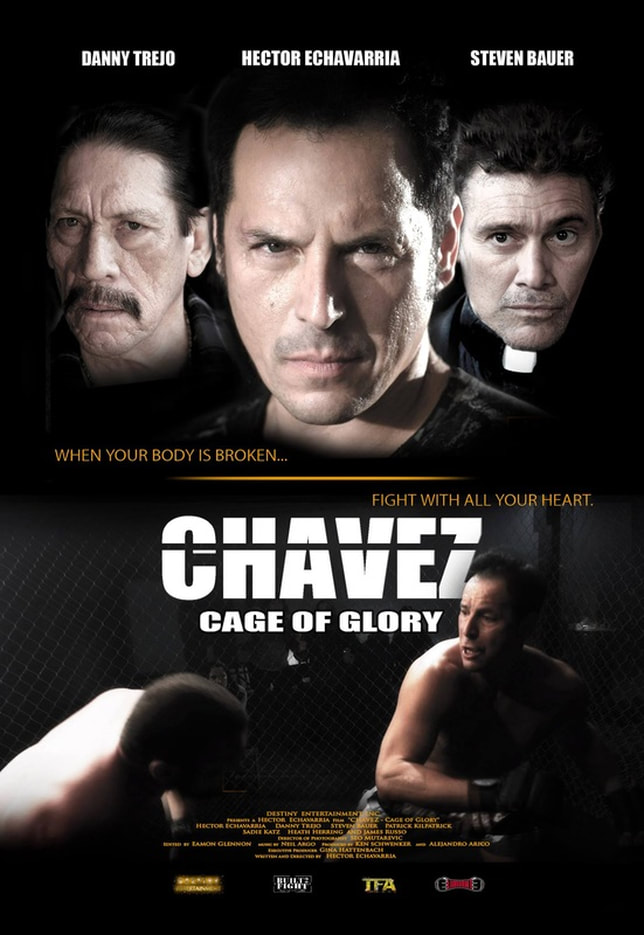 AJ appears in the Film, "Chavez Cage of Glory", which hit theatres on Friday, Sept. 13.

AJ, playing the role of himself, appears as an MMA Reporter during the Press Conference scenes leading up to the World Title Fight.

"Chavez Cage of Glory", a film about a former MMA Fighter returning to the Cage to pay for his ill son's medical bills, stars Legendary Actor, Danny Trejo, and is Directed by Hector Echavarria, who plays the film's main character, "Hector Chavez." 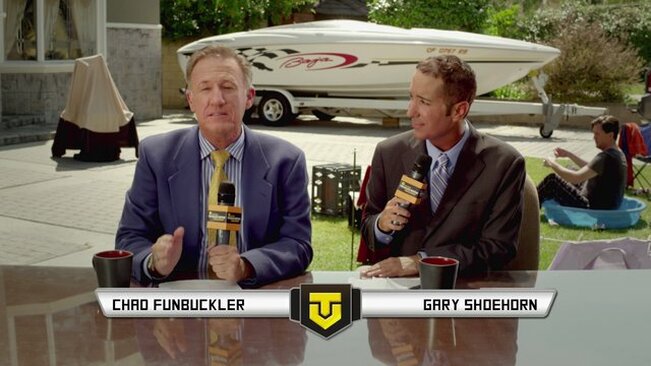 You can watch AJ in the latest commercial for "Trailer Valet." 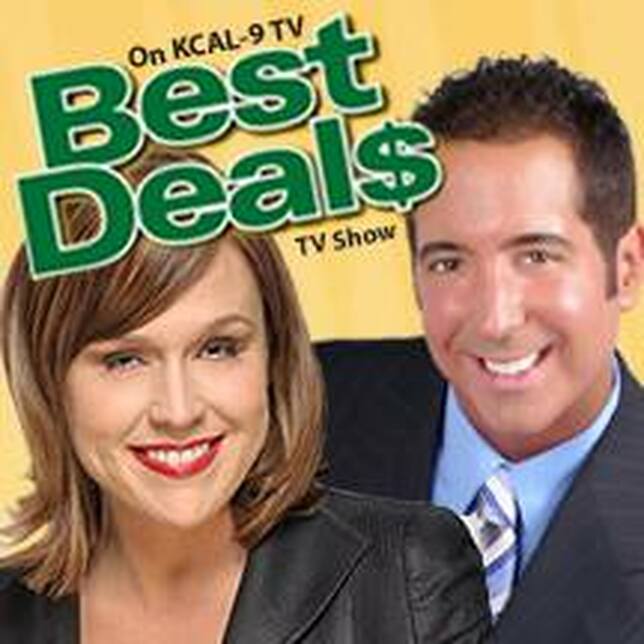 You can now catch AJ as a Host/Reporter on the "Best Deals TV Show", which airs on KCAL-TV Channel 9 and KDOC-TV Channel 56 in Los Angeles, CA (reaching more than 5.6 Million Households.)

"Best Deals" is the #1 rated Consumer Reports program in all of Southern California! 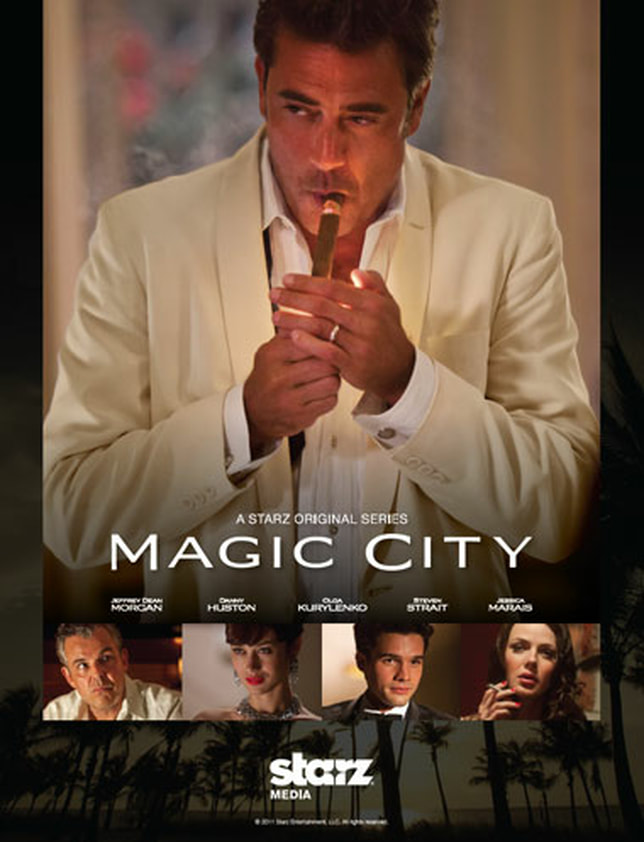 AJ's episode, entitled "The Harder They Fall", originally aired on May 11, 2012 on the STARZ Network.

"MAGIC CITY" takes place in Miami Beach, Florida, inside an upscale hotel (The Miramar Playa) during the year 1959 - The era of the legendary Frank Sinatra and "The Rat Pack" - and stars Jeffrey Dean Morgan. 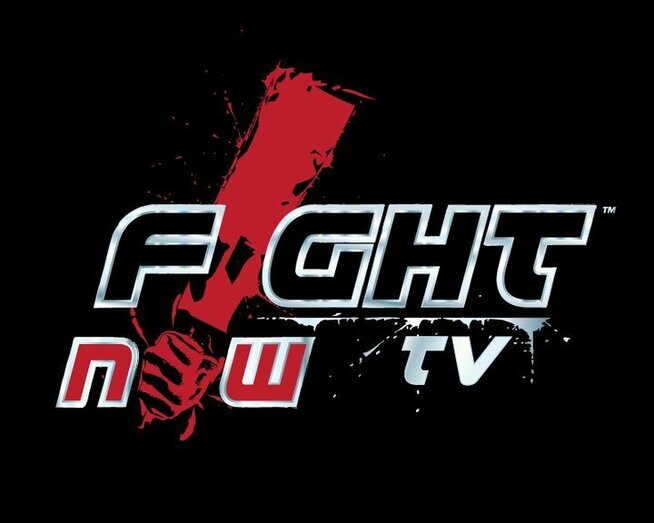